Louie Bellson is included in ...

100 Years of American Music from behind the Drums

Please take a minute to watch/share the stunning New Trailer. 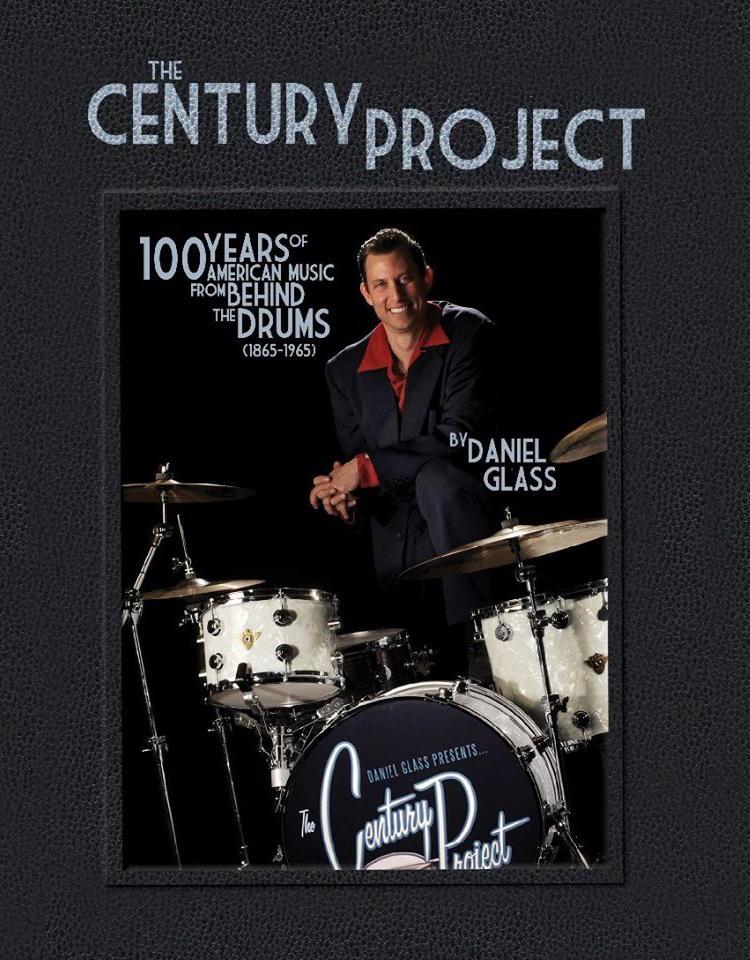 "The Century Project" takes you on a thrilling journey through 100 years of music history, tracing the story of the drum set from its inception at the end of the Civil War (1865) to the dawn of the British Invasion (1965). Throughout the presentation, Daniel introduces and demonstrates a variety of classic styles and techniques, including double drumming, ragtime, New Orleans jazz, Chicago jazz, classic swing, bebop, rhythm and blues, rockabilly and early rock'n'roll.

Filmed and recorded in stunning high-definition, The Century Project reveals a side of the drums never before seen, and endeavors to show musicians here in the 21st Century just how much they actually have in common with the past. The bottom line - learning more about the classic styles demonstrated in The Century Project will make you a stronger and more competitive drummer, regardless of what style of music you play. As a companion piece to The Century Project DVD, Traps is an in-depth and highly entertaining DVD designed to introduce modern drummers to the evolution of their instrument.   2-DVD set After more than 15 years of success as a VHS, "A Lesson with Louie Bellson" is now a DVD. (click) (60 min) After 25 years of success as a book/CD/VHS, "The Musical Drummer" is now available as a DVD.

2-DVD SET. The first disc sees Duke performing live in the South of France with Ella Fitzgerald and the second disc contains the previously unseen footage of Duke Ellington in one of his last ever live performances jamming with Joe Pass, Ray Brown and Louie Bellson. (Basis of the 1973 CD “Duke’s Big 4.”) 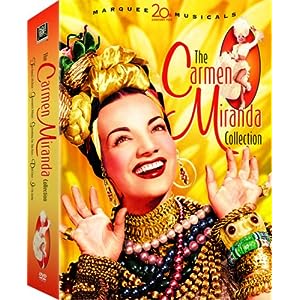 As those of you who have visited our "Video" section already know, Bellson appeared in the 1943 movie "The Gang's All Here" with Benny Goodman, Alice Faye and Carmen Miranda. This and 4 other movies are now available for sale on DVD as part of the Carmen Miranda Collection. (To buy, click on photo.) --> 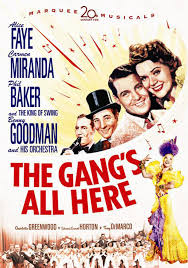 "The Gang's All Here" is also available as a single DVD.

Benny Goodman, Louie Bellson and Carmen Miranda perform in "The Gang's All Here."

This extraordinary, classic two-hour musical biography includes contributions by Louie Bellson et. al. An ideal tool for jazz research as well as the study of African-American culture, it captures the culturally transcendent genius and charisma of the man and his music, rooted in the Black experience. Produced/directed by actor Terry Carter ("Battlestar Galactica", "McCloud"). 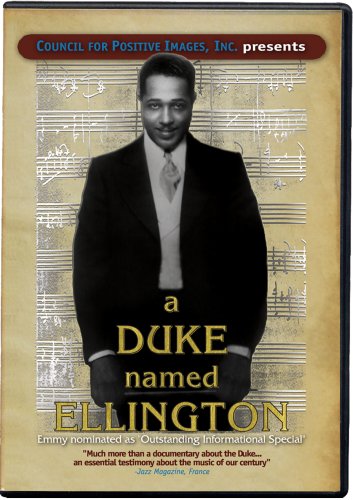 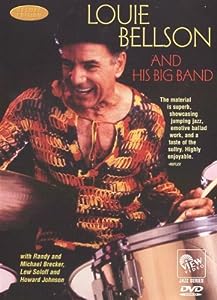 Louie Bellson, who revitalized the Duke Ellington Orchestra back in the '50s, leads his own group in this 1983 Swiss concert featuring the Breckers as well as expatriates Herb Geller and Benny Bailey. DownBeat magazine called it "crackling, straight-down-the-pike Big Band music". 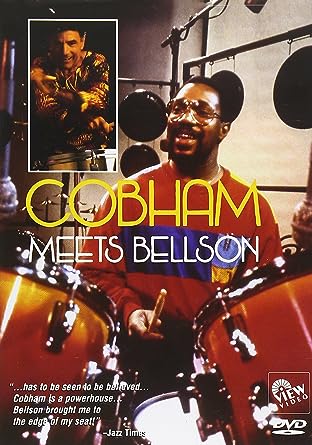 This popular VHS was converted to DVD in 2007. Review: "...has to be seen to be believed...Cobham is a powerhouse...Bellson brought me to the edge of my seat!" --JazzTimes Magazine. Watch all-star Jazz drummers Billy Cobham and Louie Bellson have an intimate conversation using only their drumsticks in this concert DVD recorded live from Switzerland. Part One (1920-1950) traces the history of jazz drumming in America from its earliest, pre-1920 roots to the advent of the be-bop revolution in the mid-1940s and beyond. It features archival film clips and photographs of the greats of jazz drumming, including Baby Dodds, Paul Barbarin, Chick Webb, Gene Krupa, Buddy Rich, Dave Tough, Sid Catlett, Kenny Clarke, and Max Roach.

Highlights include films of the legendary Sid Catlett with Louis Armstrong, Ray Bauduc with Jack Teagarden, Gene Krupa and Buddy Rich with their own orchestras, Gus Johnson with the rarely-heard Count Basie large group, Joe Harris with the pioneering Dizzy Gillespie Orchestra, Panama Francis with Cab Calloway, Lionel Hampton, never-before-seen solo footage of Philly Joe Jones, Stan Levey with a large group, the groundbreaking bop of Kenny Clarke and many others.

This DVD presents 15 of the true “legends of jazz drumming” in astounding extended solos and in rare, never-before-seen drum duels filmed over the last five decades. Among the highlights are uncut solos from big band legends Sonny Payne, Rufus Jones, Buddy Rich, Sam Woodyard and Louie Bellson, and large group giants Art Blakey and Joe Morello. Rare drum battles include meetings between: Gene Krupa and Cozy Cole; Buddy Rich and Ed Shaughnessy; Chico Hamilton, Gene Krupa and Lionel Hampton; Elvin Jones, Sunny Murray and Art Blakey; and a once-in-a-lifetime battle between Buddy Rich and Jerry Lewis! The DVD also includes as a bonus full-length commentary by drumming great Peter Erskine that can be accessed at the viewer's discretion, and the original theatrical trailer for the 1958 film The Gene Krupa Story, never seen outside movie theatres!

Spanning the years 1947 to 1989, many of these performances have never been previously released on home video or DVD. Bonus clips include Bobby Troup's “history of the jazz drum set” from 1958 and a great segment featuring The Gene Krupa Jazz Trio impersonating Russian musicians from 1946! Special DVD Features:

• notes on each clip

• and a short bio of each drummer. 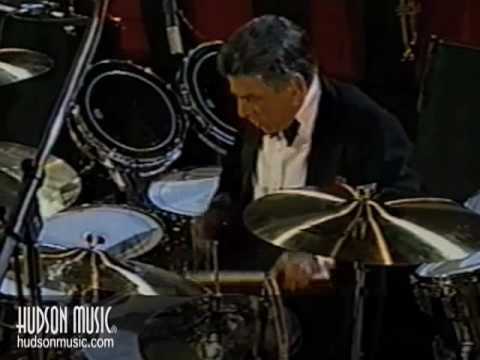